Southeast Baldur's Gate is one of nine districts of Baldur's Gate city and is one of the poor areas south of the inner wall. The points of interest are the Blade and Stars inn, the shops and an unnamed inn near the wall.

Inside the Blade and Stars[edit | edit source]

Gantolandan's Home is part of Narlen Darkwalk's (East Baldur's Gate) tests for the Thieves' Guild. Imitate a cat when Gantolandan queries, half asleep, who goes there. He does not have a cat, though. Questioned again, say you are a stray cat. 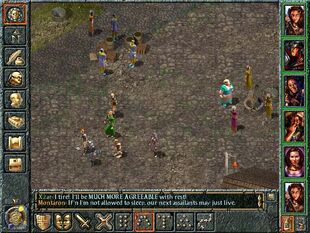 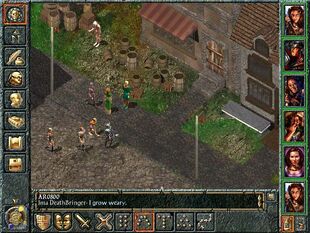 They've just found the home of Nemphre. Too bad, that Ima's a woman … – Another promotional screenshot by Interplay 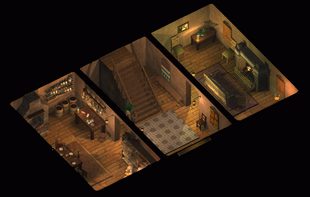 The first floor of Nemphre's home.
Add a photo to this gallery
Retrieved from "https://baldursgate.fandom.com/wiki/Southeast_Baldur%27s_Gate?oldid=180355"
Community content is available under CC-BY-SA unless otherwise noted.