The Elfsong Tavern is an inn in east Baldur's Gate.

The inn provides rooms and drinks but no other services.

According the proprietor, the Elfsong Inn used to be haunted by a ghost mourning her lost love, but the ghost, sometimes called "The Lady", has stopped appearing since the Iron Crisis began. 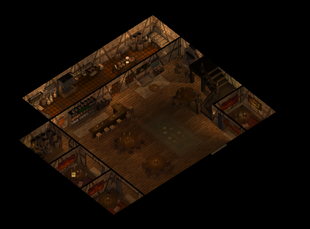 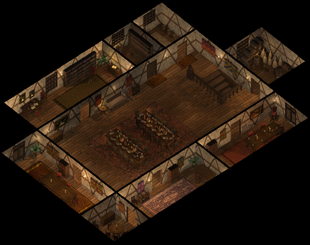 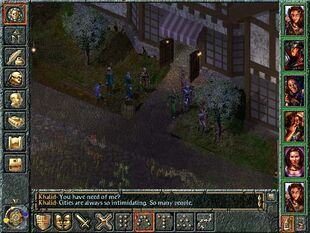 Interplay's promotional Ima DeathBringer and her party are looking for a place to rest. – Promotional screenshot by Interplay 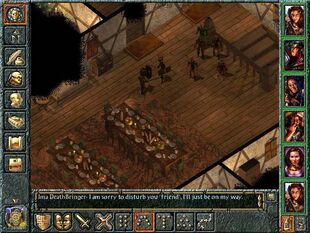 On the second floor, they meet someone by the name Cyrdemac. – Another promotional screenshot
Add a photo to this gallery

Retrieved from "https://baldursgate.fandom.com/wiki/Elfsong_Tavern?oldid=166777"
Community content is available under CC-BY-SA unless otherwise noted.