The Coast Way lies to the east of the Candlekeep Coastway and is the road that in Baldur's Gate connects the northerly Friendly Arm Inn with the southerly Beregost.

This part of the Candlekeep Coastway connects the easterly Lion's Way, and thus Candlekeep, with the Friendly Arm Inn to the north and the town of Beregost to the south. While the roads are relatively safe to travel, Aoln, a hunter of sorts on the path to the Friendly Arm Inn, has some stories to tell about the dangers of especially the eastern wilderness, where gibberlings, xvarts and all kinds of wolves make journeys a risk, and many a caravan already went lost. There are rumors of even mightier creatures here.

When arriving here from the westerly located Lion's Way, following the important event of going to the Friendly Arm Inn, the party is approached by a mysterious old man, inquiring on their state of mind. The chosen response has influence only on his tone when replying himself – and upon leaving, Gorion's Ward notes:

See also: I met a strange man on the road to the Friendly Arm Inn.

If passing through the eastern wilderness during Chapter Three, Deke and a handful of bandits can be encountered near a raided caravan and pressed into revealing the location of the Bandit Camp after they have suffered some severe damage.

Aoln: "There be beasties about with better hearing than we."[2]

There be beasties about with belt fetishes, as well.

Jase was eyewitness of that caravan got raided.

A messenger on way to Beregost.
Add a photo to this gallery 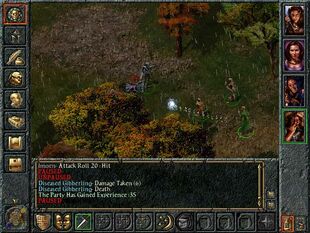 Interplay's promotional Ima DeathBringer and her yet small party, shortly after the start of the journey, on the Coast Way. – Promotional screenshot
Add a photo to this gallery 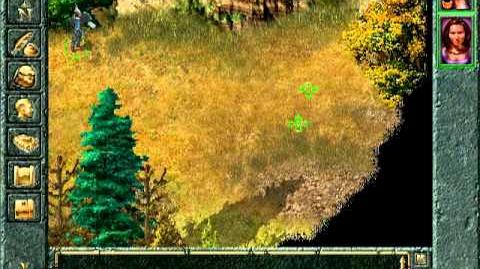 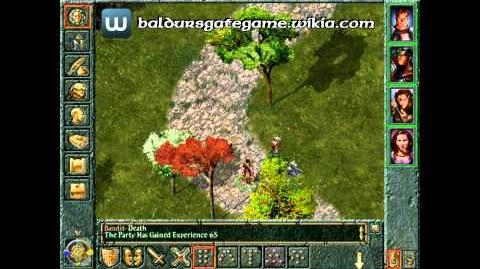 Retrieved from "https://baldursgate.fandom.com/wiki/Coast_Way?oldid=173795"
Community content is available under CC-BY-SA unless otherwise noted.