This article is a stub. You can help Baldur's Gate Wiki by expanding it.

Only accessible in Chapter 9

Boareskyr Bridge is an area that accessible only during Chapter 9. Filled with crusaders, protagonist comes here to enter Bridgefort, which can be done by using a magical circle in the eastern part of the area with a certain wardstone obtained from the ruined Temple of Bhaal in Forest of Wyrms. 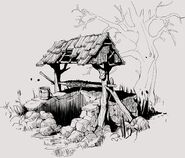 Saved Boareskyr Bridge from destruction at the hands of the crusade.

Not The Battle We Came For[edit | edit source]

Peacefully surrendered Bridgefort to the crusade.

Give The Enemy No Quarter[edit | edit source]

Pushed the crusade back across Boareskyr Bridge.

Sabotaged the drawbridge at Bridgefort and let the crusaders in.

Retrieved from "https://baldursgate.fandom.com/wiki/Boareskyr_Bridge?oldid=189085"
Community content is available under CC-BY-SA unless otherwise noted.