This article is a stub. You can help Baldur's Gate Wiki by expanding it.

BALTH
Balthazar is a lawful – neutral in the original Throne of Bhaal, good in the Baldur's Gate II: Enhanced Edition – human Bhaalspawn and the last of The Five. He is probably the most powerful of them and the only one who does not want the power of Bhaal to cause chaos.

Balthazar is the current leader of the Amkethran Monastery, an order of monks. Detesting the evil taint of Bhaal, Balthazar vowed to destroy it forever. His plan is to first eliminate all other Bhaalspawns, then, when he is certain that he is the last Bhaalspawn remaining, kill himself in a ritual suicide, with the hope that Bhaal's taint will die with him. 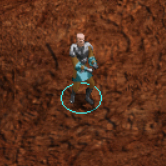 Add a photo to this gallery

Note: The following content is unofficial and only available with the installation of mods.

Balthazar can side with the protagonist.

A number of classic mods add an option by which a suitably aligned, intelligent or convincing protagonist can ally with Balthazar against Melissan and have him as support in the final battle.

See Ascension and The Wheels of Prophesy for more information. Note that these two mods are compatible with each other and can complement the Throne of Bhaal experience if installed together.

Retrieved from "https://baldursgate.fandom.com/wiki/Balthazar?oldid=185830"
Community content is available under CC-BY-SA unless otherwise noted.