Preliminary note: If not mentioned explicitly otherwise, the topic of any wiki article referring to this page by stating "(appears) in Shadows of Amn" is also part of the Enhanced Edition.

Baldur's Gate II: Shadows of Amn, developed by BioWare and released September 26, 2000, is the second computer role-playing game in the Baldur's Gate series, taking place just a few months after the events of Baldur's Gate. It is based on the 2nd edition Advanced Dungeons & Dragons role-playing system. The story is set in the Forgotten Realms, the most popular D&D story setting. It has sold over 2 million units.

An expansion pack for the game was released in 2001, entitled Baldur's Gate II: Throne of Bhaal. Like Baldur's Gate, this game has a novel as well.

Baldur's Gate II, like its predecessor, is played from an isometric perspective. The player creates a main character through a series of configuration panels, or the character from the original Baldur's Gate can be imported. Additional characters can then be recruited from within the game world, although the total party size is limited to six. Each of these recruited NPCs have programmed behavior that can lead to cut-scene discussion with the main character or the other members of the party. Players can, by exploiting the game's multi-player function, create more than one character for a party. However, these additional characters will only perform a superficial level of interaction.

During the course of the game, the decisions made by the player will have an impact on the development of the character and the remainder of the party. For example, early in the game, the player must decide whether to ally with the guild of Shadow Thieves led by Aran Linvail at the reins, or with the vampires and their leader, Bodhi. Potential duels, bickering, romance and quests can all result depending on who is allowed to join the party and who is turned away.

Rather than requiring an exclusive focus on combat, Shadows of Amn, much like the first installment, focuses on interaction with the world. Thus, at a point in the game, the player can acquire and "manage" a stronghold, the form of which depends on the selection of their character class at the beginning of the game. For example, as a fighter class, the player may successfully complete the quest at the de'Arnise Hold and begin to take over the stronghold. Similarly, a mage may take over a magical Planar Sphere, whereas a thief character may choose to manage the other branch of the thieves' guild in the Docks district. Nonetheless, a player may still choose to progress through the game mainly through combat; the game permits attacking townsfolk, merchants and guards.

Several characters from the first game make a comeback, some of which are NPCs who can (re)join the player's party. These are Imoen (who has become dual classed to a Mage/Thief), Minsc, Jaheira, Edwin Odesseiron and Viconia. Because Baldur's Gate II does not check the status of these characters at the end of the first game, they appear even if they perished in the course of the previous adventure. The designers make light of this, often prompting the player character to ask: "Aren't you dead?"—which can be disconcerting, if they did not die—if they survived, the player is given the opportunity to ask the ubiquitous "Can you remember me?", which often gives the much needed excuse to fill in backstory and give new players a sense of what has gone before. Also, the game assumes that the six-person party at the end of the game included the main protagonist, Imoen, Minsc, Dynaheir, Jaheira, and Khalid.

Other companions that may join the party include:

The player character awakens in a cage being experimented upon by an elven mage, Jon Irenicus. Imprisoned in the same underground complex are Imoen, Minsc and Jaheira from the original Baldur's Gate game. Upon escaping, they find themselves in the city of Athkatla, where they confront Irenicus. Several Cowled Wizards arrive to detain both Imoen and Irenicus for unlicensed use of magic, and the two are teleported away to be imprisoned. The party meets a man who offers an opportunity to rescue Imoen, for a hefty payment. This sum is far above the party's current means, so the money must be raised by adventuring through Athkatla and the surrounding lands. Meanwhile, after being detained in a prison called Spellhold, Irenicus manages to escape captivity, killing his captors. Within his new base, he continues his experiments on Imoen.

With the help of captain Saemon Havarian, the party gains passage to the small island on which Spellhold is located, where they infiltrate the asylum. However, they are betrayed and taken prisoner by Irenicus. During the next rest, another of a series of troubling dreams follows. This time, Imoen asks the player to summon and slay a demon called Bhaal. Upon defeating this demon, the main character finds his soul has been removed. Imoen has suffered a similar fate; their souls were claimed by Irenicus and a vampire called Bodhi, respectively.

The party are released, only to be hunted down by Bodhi. Because his soul was lost, the player character involuntarily transforms into an avatar of Bhaal, the Slayer. In this form, the player becomes a mindless killer, scaring off Bodhi and killing several party members. However, he will later learn to control this form and use it to his advantage. Upon returning to normal, the player joins Imoen to battle Irenicus until the wizard flees into the Underdark. The party follows, returning to the surface at a location where they encounter an army from the elven city of Suldanessellar. Jon Irenicus has managed to sneak into the city and magically seal the entrance. After obtaining a means to enter, the party find Irenicus beginning a ritual intended to grant him immortality. They attempt to slay Irenicus, but the party is dragged with him into hell. There they finally confront and defeat the elven mage. 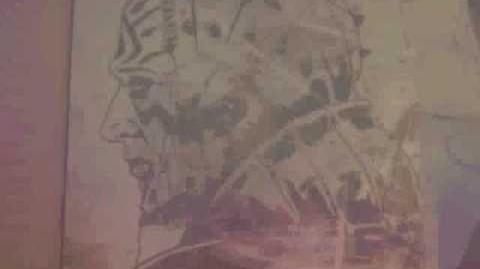 Retrieved from "https://baldursgate.fandom.com/wiki/Baldur%27s_Gate_II:_Shadows_of_Amn?oldid=162263"
Community content is available under CC-BY-SA unless otherwise noted.