Baldur's Gate is the largest city in Baldur's Gate and the Enhanced Edition. The city is divided into nine districts and has many shops, inns and taverns, and places of worship. It is also the home of many notable organizations such as the Flaming Fist, the Merchants' League, the Seven Suns and the Iron Throne.

The city is as massive below as it is above: it has an extensive sewer system which is often used by criminals to move unseen through the city. It can be utilized by the player to the same end should they be pursued by members of the Flaming Fist who guard and enforce the city's laws. This is fortunate as killing a city guard will turn the whole city against the player and decrease their reputation significantly.

The city cannot be entered until Chapter Five of the story and plays a notable role therein and in the chapters that follow.

History of the City[edit | edit source]

The city started as a small harbor town and a famous explorer named Balduran invested much of his vast wealth in the construction of the city walls. He then left the town to explore the seas once more, a voyage from which he would never return. Through the effort of Balduran the small harbor town had the protection needed against pirates, bandits, and organized evil to grow into a prosperous city which they named after the walls Balduran had invested in: Baldur's Gate. 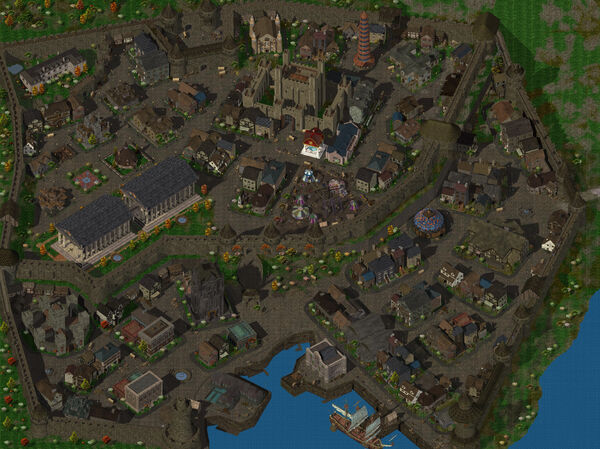 There are also four generic Inn and Tavern's located within the city.

Note: For quests that appear both in EE and original BG

Retrieved from "https://baldursgate.fandom.com/wiki/Baldur%27s_Gate_(city)?oldid=186443"
Community content is available under CC-BY-SA unless otherwise noted.