Baldur's Gate: Siege of Dragonspear (SoD) is downloadable content (DLC) for the Baldur's Gate: Enhanced Edition. The storyline fills the gap between Baldur's Gate and Baldur's Gate II. It was developed by Beamdog, who developed the first and the second enhanced edition. It was released on 31 March 2016.

In Siege of Dragonspear, you can't freely access all maps each chapter, instead, each chapter has a set of maps for you to explore: 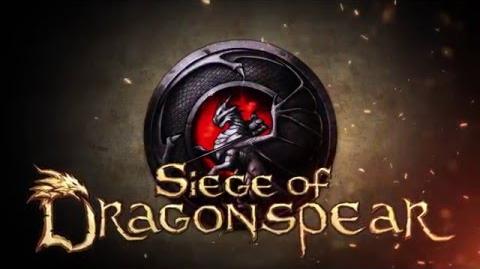 The crusade led by the Shining Lady

Caelar in battle against a horde of devils